New York Fashion Week 2013 has come to an end. While magazines and newspapers the world round start sharing their highlights from the runway, Materialise would also like to take a moment to look at the shows and events we contributed to.

Gabriel Asfour, Adi Gil, and Angela Donhauser, the designers of threeASFOUR, were born in Lebanon, Israel, and Tajikistan, respectively, and their diverse backgrounds have influenced their poetic and socially-conscious approach to fashion. For the two 3D printed dresses in the MER KA BA collection, threeASFOUR collaborated with architect Bradley Rothenberg to develop 3D-printed textiles based on symbolic latticework and Materialise to bring the pieces to life. 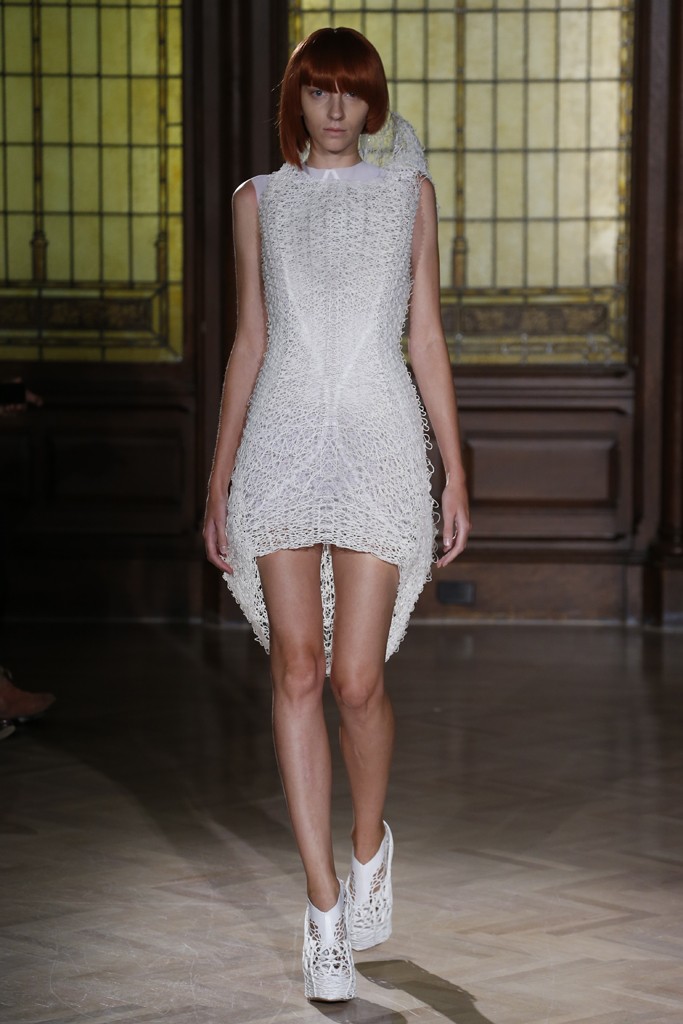 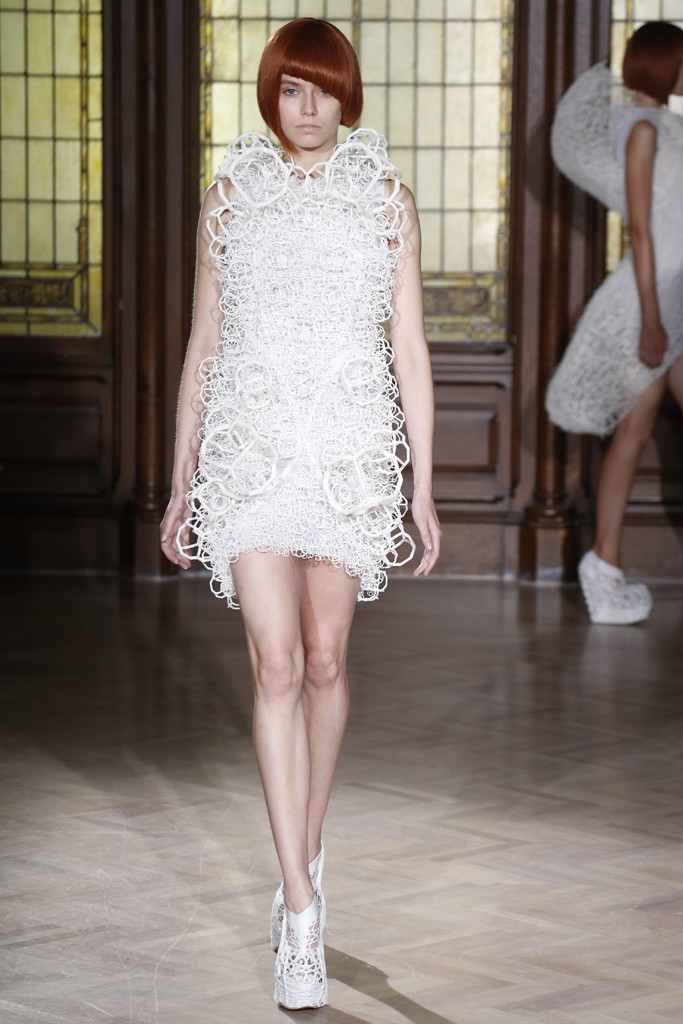 3D Printing also found a place in the third annual Supima Design Competition, a competition in which four of America's top design schools (FIT, Kent State, RISD, SCAD) are asked to select two finalists from among their graduating seniors. It was a star-studded event hosted by noted fashion stylist Rachel Zoe and featuring supermodel Jessica Stam and designer Rachel Roy as judges, among other big names in the fashion industry. One of this year's competitors was Hannah Soukup of the Rhode Island School of Design. The theme for her Supima Design Competition Capsule Collection was "Insides", through which she explored the hidden physical and personal inner self. In the words of the designer, "this unique human self, which is often draped with exterior layers of life and superficiality, reveals itself outwardly in waves of transformation and possibility." In order to complement a dress in this collection, Soukup collaborated with Ludovico Lombardi (LDVC) to design the stunning neck piece seen below, which was 3D printed at Materialise. This piece was designed as a fluid shape inspired by curvilinear transitions and gradient forces to form an articulated and elegant DNA-like ornament.

The first project was a 3D Printed clutch purse by Daniel Widrig, one of a collection of projects the architect has realized in collaboration with Materialise. The second was a pair of the celebrated Melonia Shoes by Naim Josefi, one of the first pairs of 3D Printed shoes to ever go down the catwalk. Finally, a pair of 3D Printed high heels inspired by bones in disrepair, part of the Liquidation Totale collection by Pierre Renaux, were on display, These were printed in collaboration with Materialise's consumer 3D Printing service, i.materialise.